The immune system commands action, special cells that are summoned to produce the toxin against the intruder. There are thousands of different types of antibodies produced. Each antibody is a specialist designed to fight a single germ. The antibody molecules attach to certain positions on the shell of the virus. The chemical reaction begins to break down the cell wall and kill it. If the body later encounters a virus that has been destroyed, the defense and destruction response will be faster, making the virus unable to hold on and our body becomes immune. But the virus can change its shell to deceive the immune system, and the fight against infection is always on. White blood cells are constantly on the move, killing enemies by choking, poisoning, and decomposing. If these "traitor" cells attack our own body tissues, we will never survive!

Defense and rehabilitation is one of the most vivid functions of the human body, and even when we are most lazy, it is still one of the most effective functions. It helps us to stay ahead in a world full of hostility.

In our body there is a defensive army in motion, this army defends our homeland from all invaders whether they come by "land or air". The human body is the fortress that constantly attacks, repels enemies and has developed its own defenses, which are armies with tiny cells with special responsibilities, they prevent block attackers, destroy intruders and even restore losses. Without this army we would never have lived to adulthood.

The skin is our first line of defense, if it is breached, immediately there is an army of defenders to defend and repair.

Blood has all the components of the first aid kit, the platelets that stop the wound, and the white blood cells "wipe out" dirt and stifle infection. We would all die young without this rapid recovery. Recovery begins in the bones - This is where defense and repair teams are born. Bone marrow is the birthplace of special shock teams that "patrol" the blood. Small cells called platelets, they move through the blood vessels to the wound, without them, our body will bleed to death. Above is a mass of red blood cells that form a blood clot, they get caught on a microscopic network formed in the blood every time a cut is made, the clot stops the bleeding and prevents the blood from flowing. germs get in.

Sent to the wound, white blood cells progress to the "front lines". Special cells called mast cells are mobilized with a decisive role, they break up releasing a chemical called Histamine, which dilates blood vessels around the cut, making them more susceptible to leaking. Repair is vital - It is then possible to escape the bloodstream into the tissue and into the injured site. Among these, there is a team of "cleaning" special cells that wipe away dirt, bacteria, germs that enter through the broken skin. Here phagocytes literally consume the enemy. When the phagocytes eat germs to the point of being "full", they break open with the bodies of bacteria, which is pus. The surface of the wound now looks disgusting, but it is a sign that the wound is being repaired. Scabs are formed to cover the wound, and healing begins to begin with. Cells around the capillaries are sent to the "scene of damage", they weave together to create a new area of ​​skin at the wound surface, while the skin cells in the deepest layer are stimulated to grow faster. replacement for lost cells. This cell mass will be arranged to create a new skin layer.

(The culprit causes ulcers in the oral cavity and cervix).

Viruses are also known as Viruses (Very Small Germs). Herpes virus is not a complete microorganism, but a specific form of life, fully carrying the basic properties of life. When they penetrate, they bind to cells and become a component in the structure of human cells and parasitize intracellularly. Therefore it is classified as "integrated bacterial infection". Viruses reproduce along with the process of cell division and migrate from one cell to another, but barely leave our body's cells, so the antibiotic is inactivated. The only way to prevent Viruses is to increase the body's resistance and vaccination (immunization).

Herpes causes disease mainly group Alpha.HSV - 1 often causes herpes on the lips, in the mouth. HSV - 2 is sexually transmitted and usually causes disease in the cervix.

Genital herpes symptoms are small blisters growing in clusters in the lining of the uterus, very painful, difficult urination, burning, and painful swelling of the groin. Patients often feel fatigue, mild fever, muscle pain, joint pain. Lesions appear 3 - 7 days after infected sexual intercourse. When the blisters burst into sores, they are easy to become superinfected. If superinfection is prevented, the sores will heal on their own after two weeks. The herpes virus enters the body and causes the disease and does not escape, but it hides in a nerve node and waits for the chance to recur.

Genital herpes is not only painful and uncomfortable, but has also been linked to cervical cancer. In addition, women infected with HSV are at risk of transmission to their babies, causing skin infections, mucositis, eye infections, encephalitis, and meningitis in their babies. Genital herpes has a very high rate of infection for women.

According to the World Health Organization (WHO), up to 330 million patients infected with Herpes, but most do not know they have herpes infection. In France alone, there are more than five million people, in America there are 32 million people.

Currently, people are actively looking for drugs that boost the immune system. But most of them are chemical compounds, and not rarely, drastically alter the work of the immune system, causing a host of other side effects to the nervous system, the endocrine system, and the hematopoietic system. (VAKozlov, VIKenenkov, VXSirinsky (1996), Krotokov AV (1997).

Most of the drugs currently widely used are immunomodulators and are preparations of the thymus, bacterial vaccines, interferon, inteleukin, synthetic peptides, levamisol, arsiridin, bestatin. They often cannot be used for prophylactic purposes in order to improve the immune system in the long term because of the toxicity in long term use. In addition, after a period of positive effects, they often cause an imbalance of the immune system (Ergorop V.A., Moskova L.V.2000).

The direction to find herbs that stimulate the production of interferon in the body (ie endogenous interferon) is still the direction that scientists are interested in researching because using simple natural herbs, not only very cheap but also very cheap. In response to the need of interferon for human when needed, the amount needed to reach the threshold, man can actively create in his body.

Based on the fact that the therapeutic effects of the drug "Long flower - Bao Bao" over 5 years circulating throughout the Russian Federation, Russian scientists have discovered that "Long flower - Bao Bao" is not only cure inflammation, pain, inflammation of nerve pain ... very effectively, but also has the ability to treat Herpes Virus and virus-borne diseases. Accept the proposal of the Pharmaceutical Company Konvexia - Russian Federation. Courtesy of the National Quarantine Council of the Ministry of Health of the Russian Federation and of the Nutrition Institute of the Russian Academy of Medicine. In 2000 at the Russian National Medical University. Professor, Doctor of Medicine KropoTop - Head of Department of Clinical Pharmacology has chaired the clinical research on the effectiveness of the prevention and treatment of Herpes and virus-derived diseases of the drug "Hoa Long - Bao Bao" Lot 060798. Registration Number SGB - 817 - 94 invented by Nguyen Huu Khai, the Southeast Pharmaceutical Company of Bao Long production. The results were summarized by Professor, Dr. KropoTop as the following:

The drug "Hoa Long - Bao Bao" has multifaceted anti-virus activity. Can be used for the treatment and prevention of Herpes, reducing the frequency and duration of recurrence of patients with chronic herpes, viral inflammatory diseases and other viral illnesses during a pandemic.

The Konverxia Pharmaceutical Company - Russian Federation has taken advantage of this clinical result, expanding the consumption network of "Long flower - Bao Bao" throughout the Russian market to treat Herpes and virus diseases.

The achievements of the recent collaborative research on the drug "Hoa Long - Bao Bao" between scientists of Vietnam and the Russian Federation has opened up the prospect of creating a source of biological herbs used by endogenous interferon. 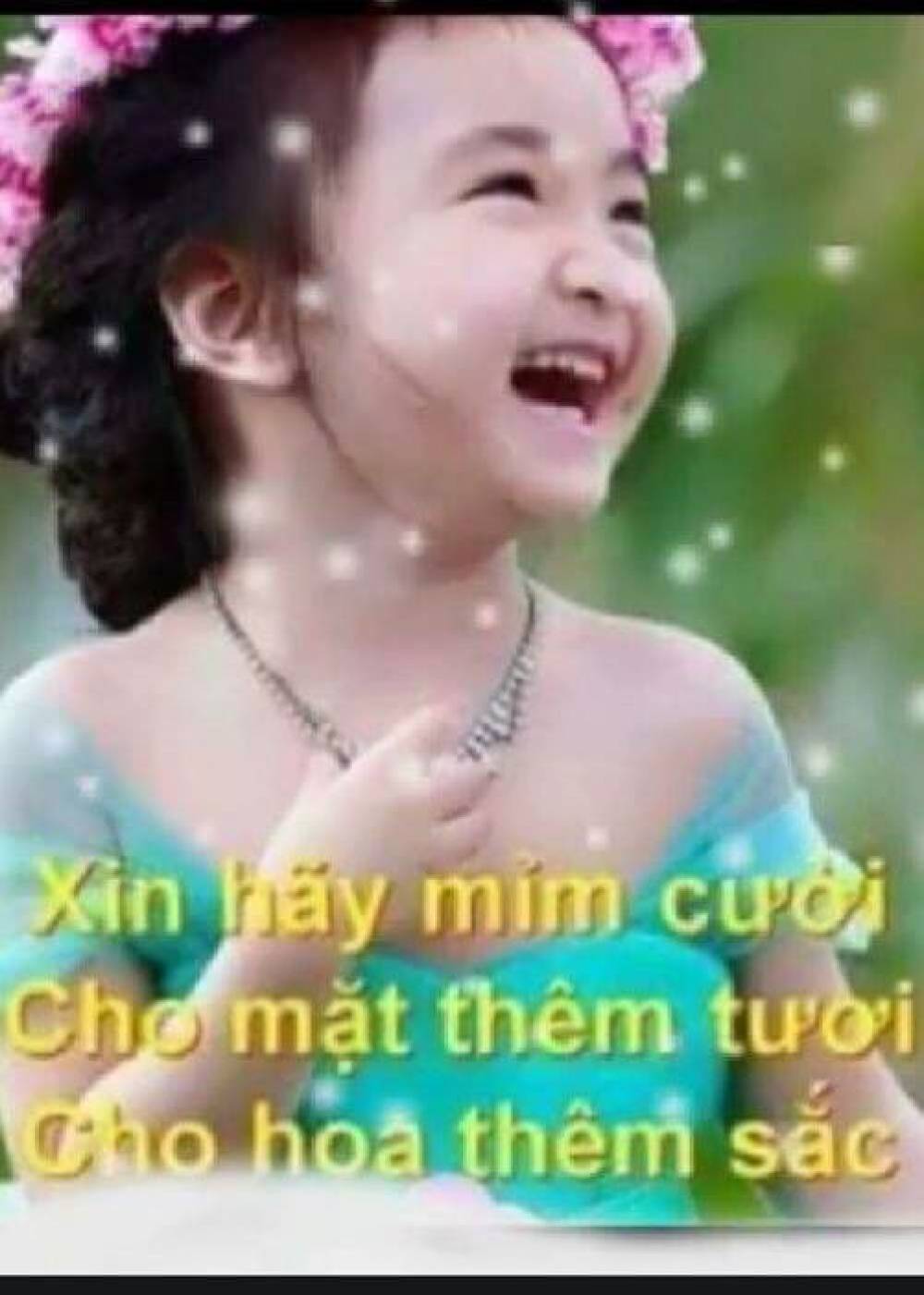